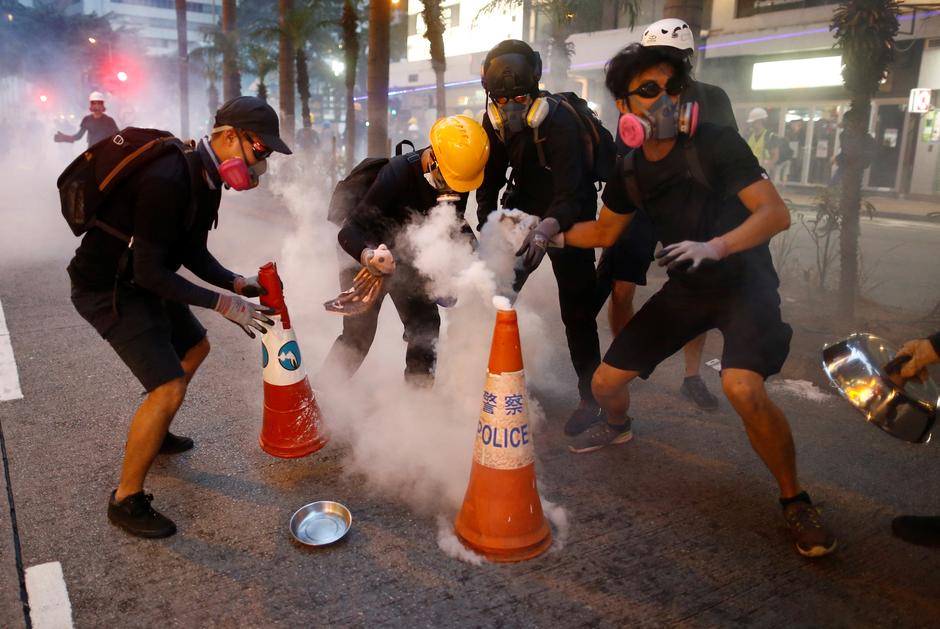 The story of Hong Kong may turn out to be one of the most transformative Proletariat movements in modern history. The Hong Kong people are in a fight against tyranny from an invading force using information and shadow warfare,. In response thousands of High-school and college kids stepped onto the street equipped with hard hats, shields and umbrellas, to take on the fight for the city against the corrupt political institutions, that have been poisoned by the Chinese Communist Party.

Throughout the protests over the last year against the HongKong Extradition Bill, The Hong Kong people created miraculous innovations to quell the brutal force of the police. Some of these tactics came with using easily acquired equipment, such as hard hats, umbrellas and shields to protect from rubber bullets and projectiles, gas masks to withstand tear gas, water bottles and pylons to douse the ignited tear gas and free the protesters from toxic chemicals of Chinese made tear gas.

The warriors that dawned this garb were classified as the“frontline” protestors, as these brave young men and woman would fight back the police to ensure the peaceful marching crowd behind them remained cohesive and did not get severed as a result of riot police weaponry.

The protesters tactics continued to get more sophisticated and organized in their pursuits to continue their civil disobedience. Some protestors even learned tactics of how to put out activated tear gas. They would grab a pylon, place it over the tear gas canister and pour water in the top of the pylon which cooled the tear gas canisters to a point wear protestors good pick the smoking canister up and throw back at the police line. If these young adults did not have to fight for the future of their democracy they would clearly have bright futures. However they may very well end up serving 10 years in a mainland Chinese prison for rioting.

The reason the I declare such weight in which the Hong Kong protests have within the sociological conscious of the global conversation was not because these kids were extremely intelligent but that there are now signs that they’re tactics are being used in the current fight against Police brutality we are now witnessing in the George Floyd protests and riots happening simultaneously across the United States of America.

The combination of rapid information sharing and simultaneous uprisings all over the world has allowed for the first time inhuman history the ability learn and adapt techniques from different countries for effective protesting. With videos of young kids dressed in black in SeattleWashington mimicking our friends of Hong Kong, this moment is transformative.The global working class has now achieved a great landmark in the ongoing fight for humanity. They can now talk, share memes and support each other.

It is not only Hong Kong and U.S. in what seems like a global uprising of the disenfranchised and rapid cost of living and dissatisfaction with those in positions of power throughout the societies of the world. InChile, France, Brazil, Greece, Nigeria and many other countries with ongoing protests that are testing the limits of the political elite.

With the CCP coming down hard on Hong Kong with the introduction of the National Security Bill, the lack of regard for rule of law is looking as if it may cause a mass exodus from Hong Kong. This is due to the very real threat of Spending many years in prison, or the possibility of“disappearing” if one was to continue to engage in civil disobedience in HongKong.

The world has learned a lot from the trials and tribulations the Hong Kong people have had to struggle through, but the protestors in theU.S. must learn one more tactic and that is to organize and manifest demands of the uprising. In Hong Kong that had there 5 demands and not one less. This allowed for incredible organization and cohesion among the group of protestors having a well-defined goal and purpose to build out from to attempt to find points of leverage that would help their movement. In the U.S. so far nothing like the 5 demands has become a concrete goal for the protests. This can lead to many dangers and risks when attempting to achieve social action.

Without a clear goal and leaders, civil disobedience can quickly disend into chaos. This may be partly why there was wide spread rioting and looting as these individuals had no goal in order to place this energy.This not only unfortunately does not help the movement it’s self in terms of optics, it may even give the opposing side greater leverage of public opinion to bring order to the chaos with the iron-fist of law and order from the system that can transform into violence very quickly. These goals are needed to make change and to capitalize on the momentum that has been gained in the public zeitgeist against the plight of African Americans and police brutality within the United States of America.

Defund the Police is now an emerging goal that has many who are very much in support of the protests scratching their heads as to where this idea was manufactured. The fact that there was no clear goal at the beginning of the uprising has allowed space for ideas that may not best serve the movement to gain control in the consciousness of the protestors. This has the ability to derail and divide the movement which lends no help to those protesting, it only helps those in power regain control through the division of the protestors. The classic Divide and Conquer.

In order for the ideas complex of the Black Lives Matter Movement to create real change there needs to be cohesion and organization and we need leaders to step up just as those leaders of the civil rights movement.We need a Martin Luther King. We need the courage of the Huey P Newton, we need the honesty of a Malcolm X, to procure ideas and meaningfully move forward and integrate real progress within our society.

As the world uprising begins we have learned much from our brothers and sisters of Hong Kong, yet we clearly still need to learn more, as they are a benchmark for modern day civil disobedience. 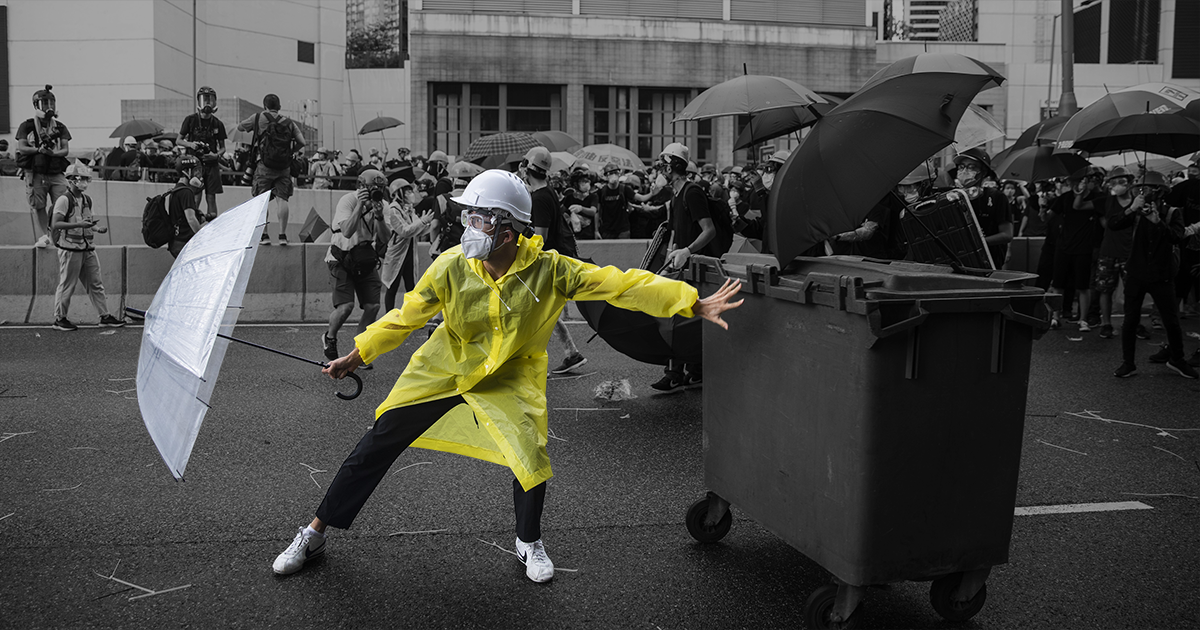 The story of Hong Kong may turn out to be one of the most transformative Proletariat movements in modern history. The Hong Kong people are in a fight against tyranny from an invading force using information and shadow warfare,. In response thousands of High-school and college kids stepped onto the street equipped with hard hats, shields and umbrellas, to take on the fight for the city against the corrupt political institutions, that have been poisoned by the Chinese Communist Party.
The Battle for Democracy in Hong Kong 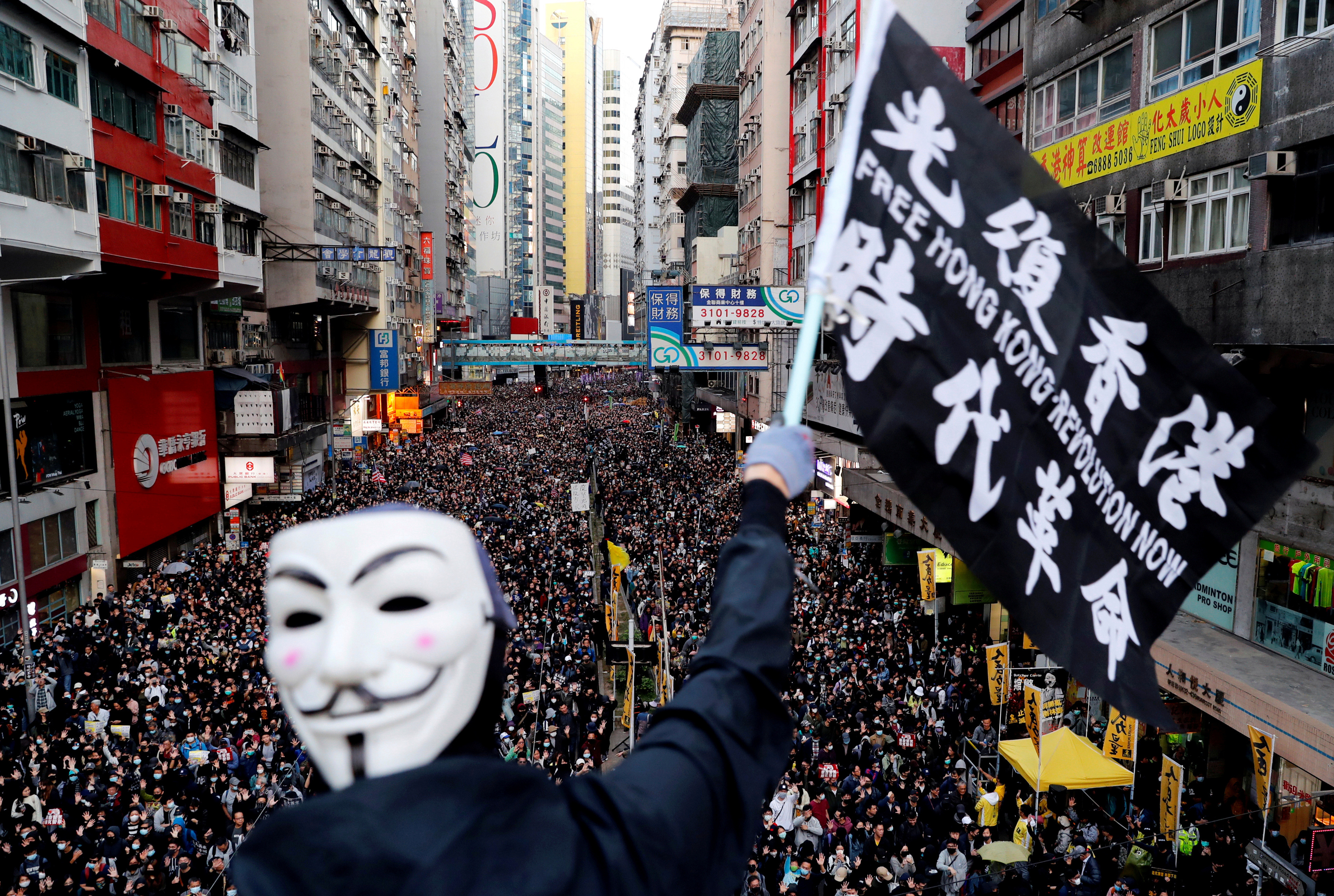 As of May 25th, 2020 the Chinese Communist Party released a recent bill called the National Security Law which is as many Pro-Democratic Hong Kongers have stated, the end of the 1 country 2 systems ordinance, as HongKong will now be completely under the laws of Mainland China as protests have forced the iron fist of China to clamp down on dissenters.