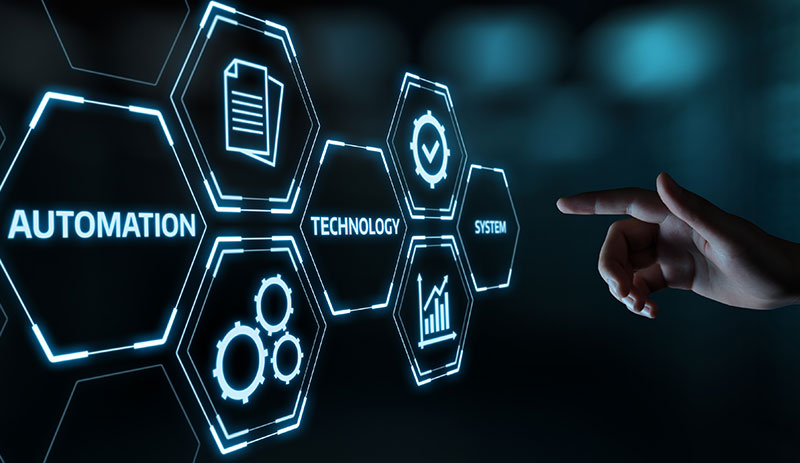 Industrial Automation such as the wide use of robotics has been characterized by many intellectuals in developed nations as the “Fourth Industrial Revolution”. This term is used strategically as to illustrate the dramatic shifts in our modern industrial age that will be upon us in the coming decades. The dawn of the robotic age is said to be one of the greatest transitions human kind will experience since the emergence of civilization. Although this proclamation seems rather exuberant, taking a macro-outlook of how our global society functions from, politics, power and wealth, the birth of a robotic workforce will be a seismic shift in all aspects of society that few are prepared for.One of the many questions that revolve around the idea of the fourth industrial revolution is the ever precarious situation of how our population will transform when the workforce is almost completely replaced with automatic systems that are cheaper, smarter and more efficient. This essay will explore this question in reference to the future of money, social structure and the possibilities of negative outcomes if society does not come to grips with the drastic transformation that will be upon us and how to counter-balance the coming fourth industrial revolution through the implementation of a Universal Basic Income.

In order to understand the future of money in an automated industrial world we must understand the history and the role money has played throughout past civilizations. Before the concept of money, there was barter. Barter consisted of individuals trading a good for a good. Barter was limiting due to the fact that a “double coincidence” needed to occur in order for a barter or trade to happen (Skidelsky,2018, Page 23). Both individuals involved in the trade would coincidentally need what the other was willing to part with. This was the problem the concept of money eventually solved. With the introduction of money as a “medium of exchange”there no longer needed to be coincidences in order for trade to happen. (Skidelsky, 2018, Page 24). This was revolutionary in its time as now many more individuals that had goods they needed to exchange for other goods had the ability to do so. This idea of money also led to the idea of labour. Where not only could you trade your goods for money, however you could now trade your time for the creation of goods for money. This concept is the system in which our capitalist society functions in our modern day. The rise of monolithic Multi-National corporations has arguably even increased this form of socio-economic structure as the concentration of those that manufacture goods gets compressed through economies of scale. With the majority of modern civilization trading time and labour for money, the question is what happens when this paradigm is no longer the most efficient option for creating value and goods. As automation continues to encroach on the tasks that are performed by millions of people engaged in selling their skill, labour or time how will these vast swaths of the population be able to engage within the market, when they have lost all edge in competition against robotics and artificial intelligence. This portion of the population will be completely marginalized due to their inability to acquire wealth which limits their capacity to participate in modern civilization. In order to maintain the prosperity of those affected by the coming Fourth Industrial Revolution changes within the system of transactions will need to be reconsidered. Throughout modern history there have been examples of societies that attempt to rethink the idea of capital and wealth and lift the economically marginalized into a decent standard of living. The rise of communism in the eastern hemisphere in the likes of Soviet Russia and Mao’s China in the 20th century was linked to “ideologically motivated political actors who seized power in a moment of social unrest and political collapse by leading disaffected social groups” (Riga, 2012, Page 5). These political shifts lead to millions of deaths from famine and forced labour camps imposed on the populations of those nations. With the introduction of automation, the Western World may come upon a time where the capitalist system, if it were to become to unbalanced in terms of economic power may shift away from the classical economic mechanics that have been historically in place in the west. This can lead to Totalitarian and Autocratic states that “capitalize” on the society changing and introducing a less “neutral” form of exchange that the invention of money has offered (Skidelsky,2018, Page 23). Therefore, as a society we must attempt to build on the ideas of western economic achievement rather than reverting back to systems proven to be corruptible. Therefore, money needs to remain a part of a fair society however, we must ensure that those with less capital and assets have access to a respectable quality of life.

Money characterizes power within the modern sociopolitical structure of the majority of nations around the world. With the new world upon us, how must we reorganize and distribute power among the populations of the world in order to sustain social stability and avoid the deadly consequences if this is not achieved. UBI is an idea that has recently gained mainstream over the past decade. Canadian governmental studies have introduced pilot programs for UBI. Andrew Yang 2020 presidential candidate ran his campaign on the incredible necessity for governments to understand the importance of creating human-centered capitalism with a UBI due to the middle-class workforce being engulfed in a wave of automation. Although all of society is affected by automation, the middle-class and low skilled workers may be hit the hardest. In a new study conducted by Daron Acemoglu Professor of economics inMIT he found that on average robots replace 3.3 workers on average. (Dizikes,2020) In the study Acemoglu stated “The burden falls on the low-skill and especially middle-skill workers… Automation actually is a much bigger part of the technological factors that have contributed to rising inequality over the last 30 years” (Dizikes, 2020). With increasing economic inequality and the social and political strife these discrepancies introduce into society, a UBI seems to be a perfect candidate to bring balance to an ever increasing technological society that benefits those who own the means of production rather than the low-skilled workers. With the growing efficiencies of technology, the abundance that it will create will need to be used to tackle other social issues that we experience in our modern world such as poverty. UniversalBasic Income is not only the bandage to fix the upcoming issue of how to understand money in the age of automation it also is popular among scholars believe it can have many positive impacts on those in

“poverty, and income inequality, unemployment, social inclusion, ‘discretionary time’ and flexibility across the life cycle, and even gender equality among the scheme’s many virtues” (Wispelaere, 2015, Page 17).

“basic income in democracy and individuals’ foundational right to participation in the decision-making process of the polity”.

‍
This states that a UBI is necessary to keep those who are economically marginalized involved in civil discourse and society. This allows citizens to be autonomous with their capital, which is in contrast with a socialist political ideology that revolves around the means of production being seized by the state and re-dispersed among the populations, which leads to less autonomy and greater bureaucracy among the political elite of a society. This protects a society from being co-opted by those who seek power in political turmoil such as those of the Bolshevik revolution of Russia.In 2017 Canada continued its legacy in testing Universal Basic Income Programs, by conducting a test run for UBI in multiple municipalities in Ontario. The test was cut short as the government claimed the results were “failing.” (Ferdosi,2020, Page 4). However, in the study done by McMaster University, the results were seemingly contradictory to the statement made by the local government. The study found results that made ground on many of the claims made by critics of aUBI, such as people will be de-incentivized to work and will become lazy. The report states “The majority of those employed before the pilot reported working while they were receiving basic income. Many reported moving to higher paying and more secure jobs.” (Ferdosi, 2020, Page 4). Not only did the test subjects of a UBI state that they continued to work. Over 80% reported their health improved and less individuals had hospital or clinic visits resulting in less tax-payer dollars being allocated to healthcare and more to the benefit of individuals lives (Ferdosi, 2020, Page 6). A quote from a participant of the study stated that “Had the pilot not been cancelled, I definitely would have gone back to school.” (Ferdosi, 2020, Page 25). This anecdotal example shows the great ability for citizens to transition to high-skilled employment to transition the populous in order to engage in a world full of automation and robotics.

UBI not only would assist society on an individual level it would also help boost an economy that is suffering from unemployment. This gives lower income individuals greater opportunities to change spending patterns in terms of quality of food, Ethical concerns of where products are manufactured, etc. AUBI could also bolster the small business environment as more individuals have greater safety nets allowing for entrepreneurs to negate risk. If a country was suffering from an unemployment crisis due to automation a UBI would replace the bureaucracy of the welfare state with a simply implementable system which reduces of tax payer’s money spent on government salaries. The idea pf a guaranteed income was even mentioned by Thomas Paine and endorsed by the lateBertrand Russel proclaiming “Basic income could empower workers and transform economies” (Flowers, 2016)

The days of humans being the center of the work force are numbered. Machines are better, faster and stronger and will fill the factories of the future. This will change fundamental processes of how society needs to operate and how are those who will become the victim of industrial robotics be able to survive the Fourth Industrial Evolution. Wealth inequality has led to disastrous ideologies around the world that prop up autocratic dictators. In the near future a UBI may be the only answer to the response of automation. Not only will it cure society’s ills of the possibility of an unemployment crisis it may allow for the continued growth of society that benefits everyone. 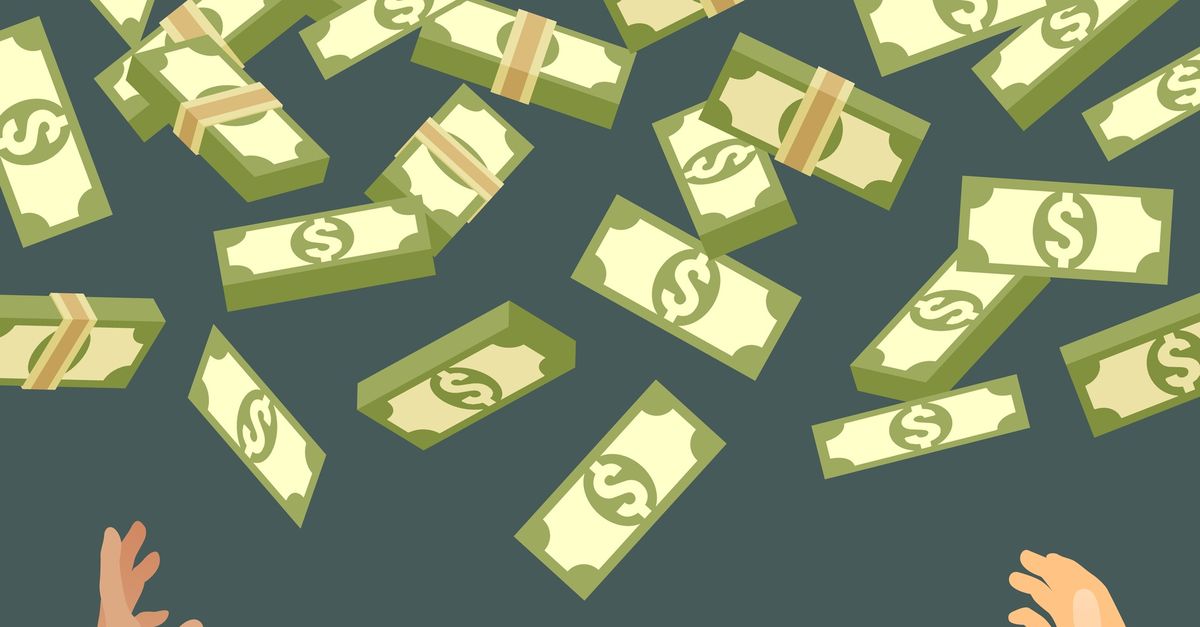 Industrial Automation such as the wide use of robotics has been characterized by many intellectuals in developed nations as the “Fourth Industrial Revolution”. This term is used strategically as to illustrate the dramatic shifts in our modern industrial age that will be upon us in the coming decades. The dawn of the robotic age is said to be one of the greatest transitions human kind will experience since the emergence of civilization.